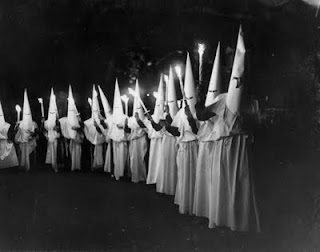 Jose Rufino Sobrinho. Photo: Maria Elena Romero/Al Jazeera
By the nature of our job, as journalists we often have to tell stories about what is broken and not working in the world.
So it comes as a nice divergence to be able to tell a story about something that is not broken and functioning quite well.
That is what brought me to the small city of Mirandiba, Brazil, recently.
With a population of 13,810, the town is in the interior of Pernambuco state - roughly 500km inland from the capital of Recife.
Mirandiba is one of the poorest cities in all of Brazil, where 76 per cent of the population live on less than half of the minimum monthly salary.
There is almost no industry to speak of there. Making matters worse, the city is in the heart of the semi-arid region of Brazil, where most of the year the sun bakes the packed dirt landscape.
Mirandiba is in many ways a typical, unforgiving place in the northeast of Brazil that in the past people had to escape from in order to find decent work.
But that is now changing and that is why I came here.
Mirandiba is becoming a glowing example of Brazil’s world renowned Zero Hunger programme, implemented earlier this decade under President Luiz Inacio Lula da Silva (who as a child suffered from hunger himself).
The Brazilian government has over 50 different government initiatives, from various government ministries, that combat poverty, the cornerstone being the Zero Hunger titled initiative.
All told, the government has invested more than $9bn last year alone in the efforts.
What makes Brazil unique in this regard is how combating hunger and enhancing food security is not just one element of  larger anti-poverty campaign (like it is in many other countries), but rather, battling hunger is seen in Brazil as a basis of all other poverty initiatives.
All anti-poverty initiatives, in some way or another, trickle down from the Zero Hunger programmes.
This way of looking at the hunger issue has proven results: In the past 10 years Brazil has cut by 50 per cent the number of underweight children and is on track to also halve the overall levels of hunger.
The country is on track to meet a UN Millennium Development Goal deadline on hunger before the 2015 deadline.
Below: A recent episode of Al Jazeera's Inside Story programme about the UN Millennium Development Goals, where my video report from Mirandiba, Brazil can be seen midway through.
As a result, Brazil has cut poverty rates from 21 million people in 2003 to 8.9 million today, according to widely accepted figures from the government and backed by NGOs.
Earlier this yea,r the Brazilian Congress inserted the right to food as a fundamental right into the constitution.
Anti-poverty NGO ActionAid recently released a report, titled Hunger Free Scorecard, where they ranked Brazil as the world leader in developing countries in combating hunger for the second straight year.
The Mirandiba Example
In Mirandiba, many of the government’s anti-hunger policies can be seen being implemented.
It’s not about handing out food, the overall policies are much more complex and interconnected.
It basically goes like this: In Mirandiba the local government, backed by funding from the federal government, has encouraged small scale agriculture by handing out seeds and know-how to locals.
The produce grown is meant to be a first step to enhance production of food to feed the grower and his/her family and avoid the costs associated with buying food from a supermarket.
But then the government basically tells the farmers in Mirandiba: "Join our co-operative and any produce you don’t use for your family - whatever is left over - we will buy back from you."
So every Monday in the town, the small scale, family farmers, bring their goods to a market where the produce is sold to buyers from local hospitals, schools and civic organisations - which in turn use the produce to help feed hungry people.

Children in Mirandiba now get healthy meals at school from locally grown crops. Photo: Maria Elena Romero/Al Jazeera.
At the market, no cash is exchanged. Instead, handwritten logs are kept on how much produce is sold, by whom and to whom, and at the end of the month the farmer can stop by the office of a local NGO and pick up their cheque from the government.
“This is a very important step, because families that just receive free food handouts become depended on this food aide so what we try to do is different,” said Dorivaldo de Se, the head of local ConViver NGO, which manages the programme locally with support from ActionAide Brazil.
“We give the family farmer incentives to produce not only for themselves but for the community.
"The little they sell, even if it’s a little bit, that money is very important because with that money they buy medicine, clothes, shoes.”

Dorivaldo de Se, who heads the Mirandiba NGO ConViver, helps implement the government family agriculture programmes at the local level. Photo: Gabriel Elizondo/Al Jazeera
It’s a win-win situation. The government buys fresh produce at a reasonable price from local growers rather than big ag-industry farms.
The money stays in the community. And the local family farmers earn a supplemental income (much of which is reinvested in their plot of land to produce more).
“Before things were more difficult for us, but after this co-operative started things got much better,” Adilson do Santo, one of the local co-operative farmers told me.
“Before when we wanted to make some money we had to leave, go far away, to get employment. But now we don’t have to go anywhere to work other than our plot of land.”
But the government has taken it a step further, and also installed above-ground cement water storage tanks on the land of the farmers who join the co-operative as a way to guarantee they have enough water for their produce during the dry seasons.

Produce at the local market in Mirandiba where once a week family farmers are guaranteed to sell their produce to local schools and hospitals that need it. Photo: Maria Elena Romero/Al Jazeera
The water tanks, from the agriculture ministry, are all stamped with a logo that reads “Zero Hunger”.
“Things are very dry now, but the water tanks have allowed me to know that I will have the water needed to get through the year,” Angelo da Silva, another small farmer, told me.
Three of da Silva’s eight children left Mirandiba to find work elsewhere before the co-operative came into existence.
But now he he is hoping future generations of children can stay in the town, expanding their co-operatives. Leaving Mirandiba to find work will be by choice, and no longer a necessity, he says.
Woman power
The programme has become so successful in Mirandiba, it has triggered grassroots co-operative/communities.
About two hours outside of Mirandiba is the community of Croatá, which is home to “a little more than 20 families,” I am told during my visit there.

Teresinha Leite da Silva tends to her crops which she will then sell. Photo: Maria Elena Romero/Al Jazeera.
Here the families, most of whom are related, have joined forces to turn 20 small family farms into one medium sized, jointly run co-operative.
The men and women divide the duties of working the land. The men are in charge of organising the transport of the goods to the market in Mirandiba each week. The women manage the finances and organisation of the community.
More than 50 per cent of the small farmers who take part in the co-operative in Mirandiba are women, like Teresinha Leite da Silva, 29, who has a small plot of land about half the size of a football pitch.
She grows vegetables, potatoes and herbs with her husband and and in-laws.
“We cultivate, take it to the market to sell, and after we wait for our money which is a cheque we get on a determined date each month and pick up at ConViver (the local NGO)," she says.
"This is good because before we worked but never sold anything. There was no market. Today we know what there will be a buyer for our production, guaranteed.”
She and her family are by no means rich. But certainly better off than before, she says.

Me taking a picture of a family in the community of Croatá, where all the woman - young and old - help with the farming co-operative in some way. Photo: Maria Elena Romero/Al Jazeera.
"The programme has improved the nutritional intake, it has created autonomy, generated income, and many learned for the first time what money was," said Dorivaldo de Se, from the local ConViver NGO.
"It has balanced gender issues, and it increased the production of fruits and vegetables. I believe the Zero Hunger programme makes us think about hunger in a different way and about the potential we have for combating it.
"I ask myself: Why do people go hungry in the world? Maybe because we lack an initiative to teach people to produce."
De Se says he is expanding the programme so that families in surrounding communities that are still hungry can learn from other families about how to start to produce locally.
Despite all the progress, nobody is claiming Brazil has ended hunger in the country.
There are still millions of people here who don't have enough to eat. All you have to do is watch Brazilian filmmaker Jose Padilha’s recent documentary Garapa to understand this fact (read a review of the film and watch the trailer here).
But the steps that have been made in this country are non-debatable. What is happening in Mirandiba is being replicated all over Brazil.
“It is undeniable the advancements against hunger obtained by the social policies of the last years, many of which are the result of proposals of historic proportions by civil society,” said Rosana Heringer, executive director of ActionAid Brasil.
“The forecast of Brazil is that this rhythm will be maintained in the coming years and extreme poverty should be eradicated in Brazil by 2014.”
If that is the case, a big reason why will be thanks to government programmes supported by NGOs in remote places deep in the interior of Brazil.
Where big ideas against hunger drummed up by important people far away - yet implemented in a small scale by humble people - are changing lives for the better.
In places just like Mirandiba.
++++++++++++++++++++++++++++++++++++++
Postado por Grupo Beatrice às 5:38 PM Links para esta postagem


Israel é a vergonha do mundo. 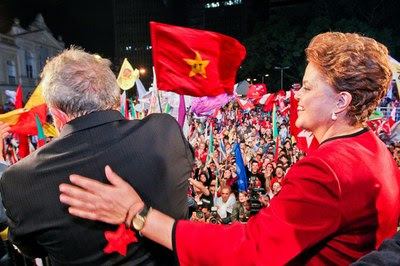 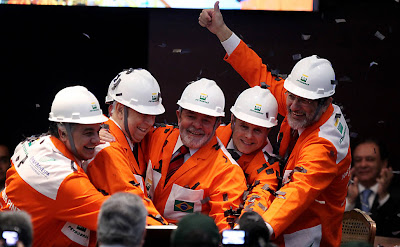 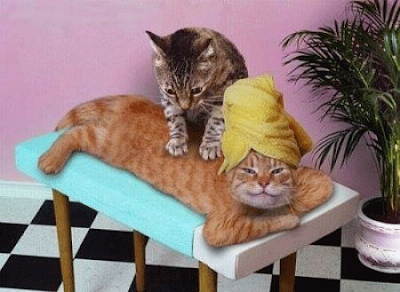 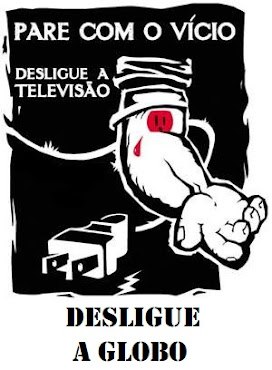 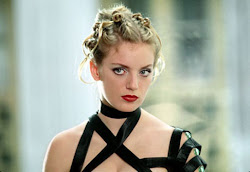 A Doutrina do Choque

A Doutrina do Choque from Muito Aterrorizado on Vimeo.